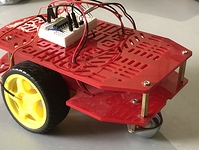 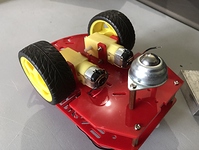 A robot kit for $50 that is easy to get started with, expandable, re-usable, and open to your design choices!

The base will be designed and made by the robotocist- using materials they have on hand. (Note: for the first iteration we may have free example bases available.)

The goal is to encourage and facilitate creative problem solving and exploration from the beginning.

Basic tutorials will be available online.

Community challenges will be organized- where the focus will be on exploring the task to be solved and coming up with your own solution. These are not competitions, but an opportunity to share solutions and learn with others.

We are planning on using the Espressif ESP32S2-Saola-1 Wrover module:

As well, the base kit includes:

The goal of the base kit is to make something that moves, and can solve some interesting spatial problems. There is plenty of room for expansion to add servos, more motors, lights, a camera, remote control, etc.

And if robotics isn’t the right area of interest, the Saola is powerful capable of being used as a music player, internet of things interface, etc, etc.

There are four levels of software development that will be supported:

Beyond that there are some interesting options.

If you’re interested in higher performance- use the esp_idf libraries directly, and explore assembly language.

If you’re interested in advanced robotics algorithms- thanks the on-board WiFi, it can be used as part of a ROS (Robot Operating System) network of 'bots.

For all the programming environments…

these could probably be done in microblocks if someone adds it to the microblock core VM.

*At this point a “booster pack” of parts might be needed- e.g. servo motors, color sensors, …

Project is on github.

Thanks for the parts Julian. Have you created a github for this yet? 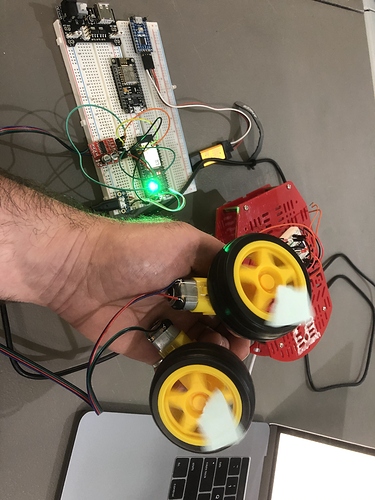