This project is to create a digital frequency generator.

The first goal is to use it to create the 455KHz IF frequency for tuning a superheterodyne AM Radio.

Generated using runtime micro’s pwm generator.
Used the generated code almost as is, needed to change a value, due to some error in the clock frequency. We used a capacitor to AC couple the output to the radio.

We then used the signal and an oscilloscope to tune the IF amplifiers. 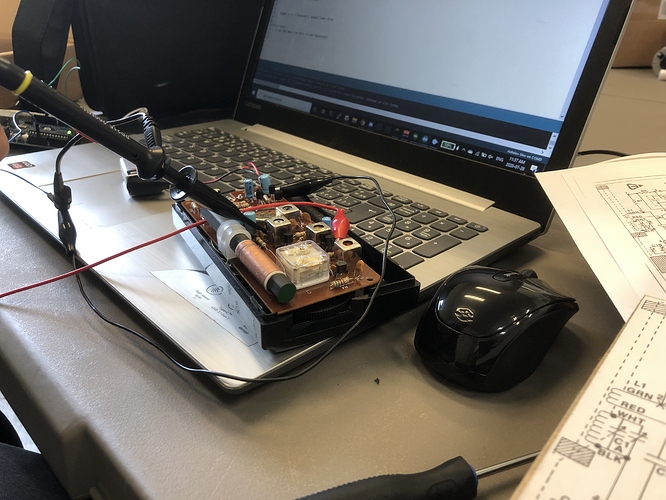 Here you can see the mess of wires that was used to get the
signal from the generator and split it to both the scope and
the radio. 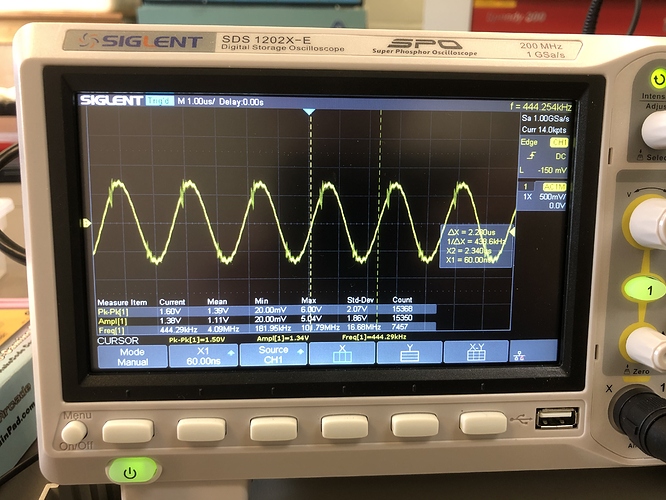 This shows the output of the first and second stage filters, tuned to output the maximum amplitude of the 444kHz input carrier. The AC coupling capacitor used is also acting as a low-pass filter. It’s converting the square wave output from the Arduino into a sine wave.

For the next step of tuning/aligning a superheterodyne AM receiver, we need a 540kHz and 1600kHz IF carrier waves with audio range amplitude modulation (AM) - say 1kHz so we can easily hear it.

We can do that with the Arduino circuit from Step 1, a separate 1kHz audio signal, and a circuit to combine the two with amplitude modulation.

A simple way of doing that is to use a transistor: use the 1kHz signal to control the gain, and the carrier as the controlled voltage! 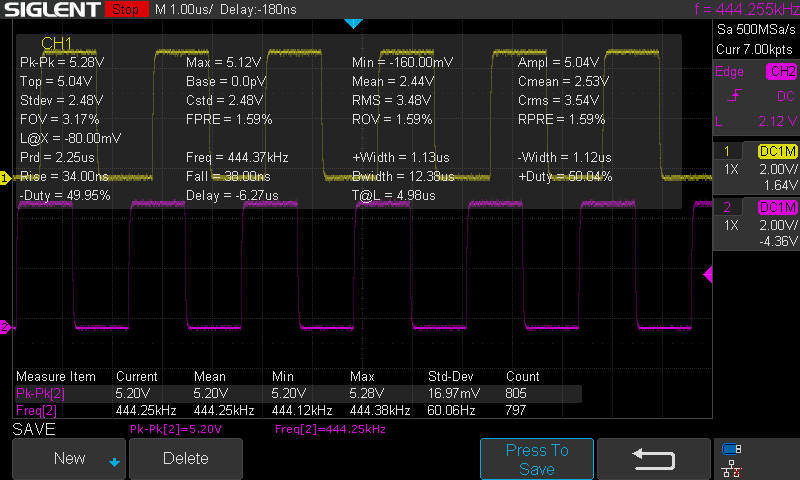 This is the circuit we created: 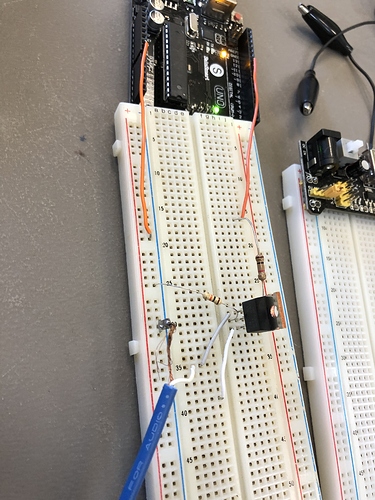 We tried to add a low pass filter to convert the square wave to a sine wave.

We got a triangle wave with some noise: 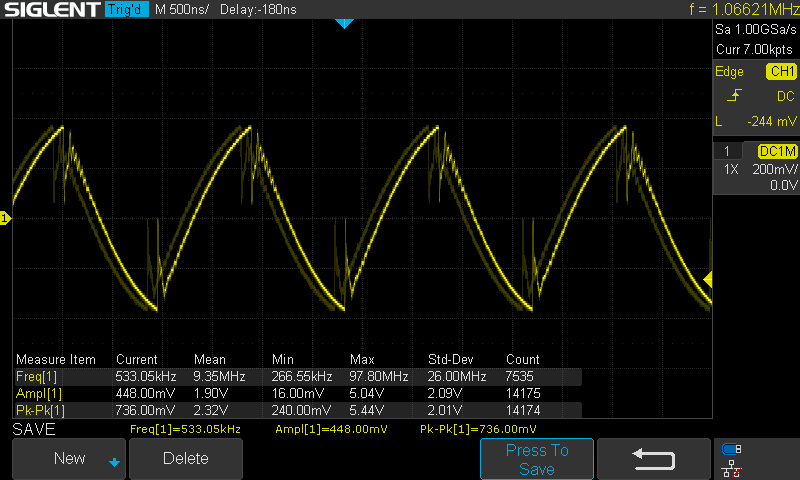 From previous observations we know the radio under test will filter the input anyway so we decided to not use this low pass filter- it’s adding a lot of noise.

And this is the final output from our FET based mixer: 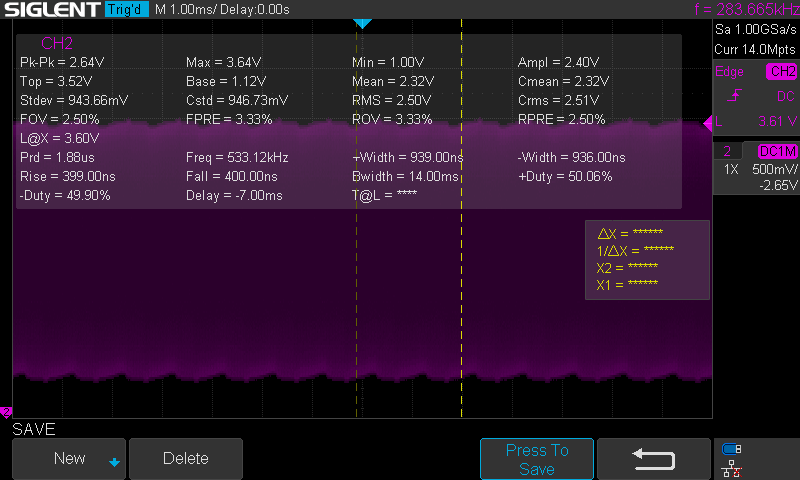 There is minimal modulation.

Power FETs are not good at doing amplification!

We tried to use this but it didn’t work out very well.

We are going to try and borrow an RF test signal generator. 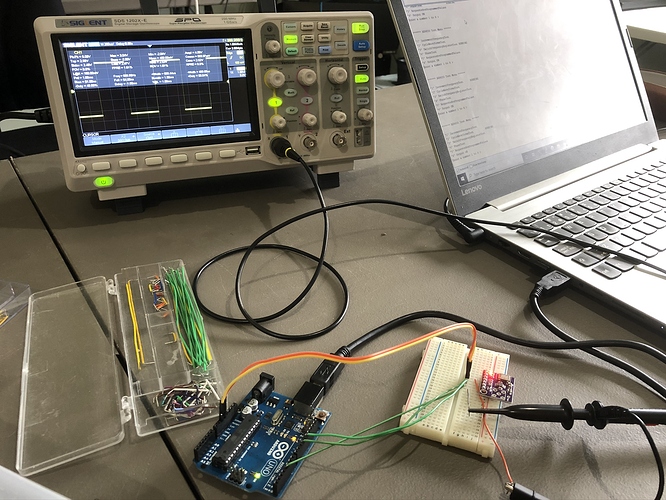